I have a new client and we are converting half of the existing garage at the cottage into
a guest house, and it has been lovingly named,
The Shack Out Back
The garage is pretty big, 24′ x 24′ to be exact, so we will be converting the back half
so we have a 12′ x 24′ blank slate, and we will be taking advantage of the open rafters.
I was given some inspirational photos, for the most part everything was shades of white & natural wood tones. There was also a list of wants that went something like this:
1) add a toilet
2) have a sink in the kitchenette area
3) sleep a minimum of 4
4) an outdoor shower
5) access into the garage.
Here are just a few of the inspiration photos I was sent
I love the overall feeling, and I am running like the wind with it! 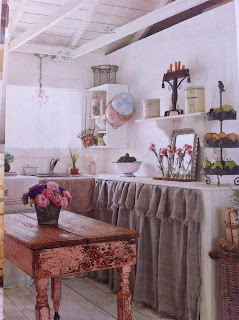 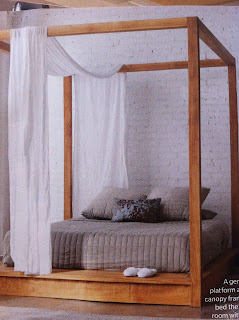 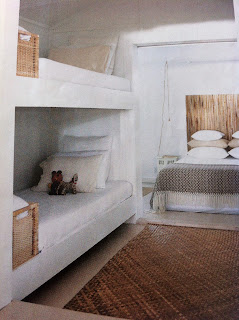 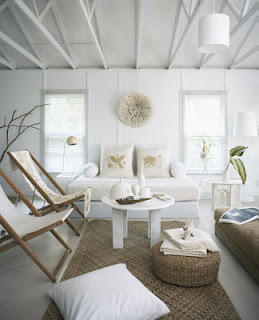 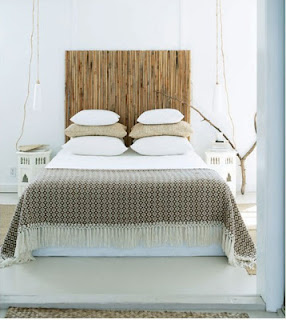 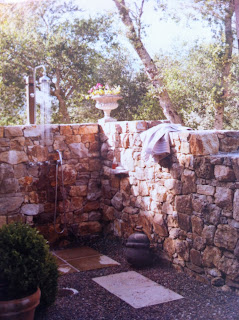 I began working on the floor plan, this is what I came up with. 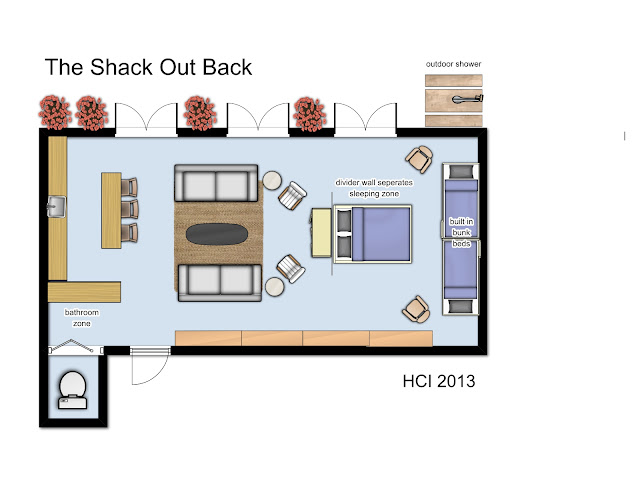 In this space there are no windows or doors so I began by adding 3 sets of french doors  along one of the long walls to allow for lots of light and access.
This area backs onto a very large and private side yard, which is perfect for the outdoor shower.
There is also the other long wall that is all a mix of open and closed storage.

The kitchenette will have straight run of counter. I’m thinking butcher block, subway tile and open shelving, super simple. The eye candy will come in with the styling of the open shelves.

A wall to separate the living area from the sleeping area will also act as the headboard for the queen size platform bed, and 2 sets of built in bunk beds with open shelving on the ends.

My overall plan has been approved, now it’s off to find all the pretty stuff!!!
I’ll be showing you my design boards of the awesome stuff I found tomorrow,
so come back again!

Hollie xo
holliecooperinteriorsA New Project – The Shack Out Back02.27.2013