As I told you on Friday we were very brave & would be hosting both the kids birthday parties on Saturday.
If you have gotten a glimpse of my Instagram it was very apparent that I dove into these parties head first!
B wanted a Disney Princess Party with Ariel, The Little Mermaid, but I’m not so good at the literal theme party! With that being said we chose an Under The Sea theme & Ariel would come for a visit.

So B picked out this sea shell ombre cake & I loved its colour scheme, so I ran with that.
B also wanted to do a craft & give away magic wands. 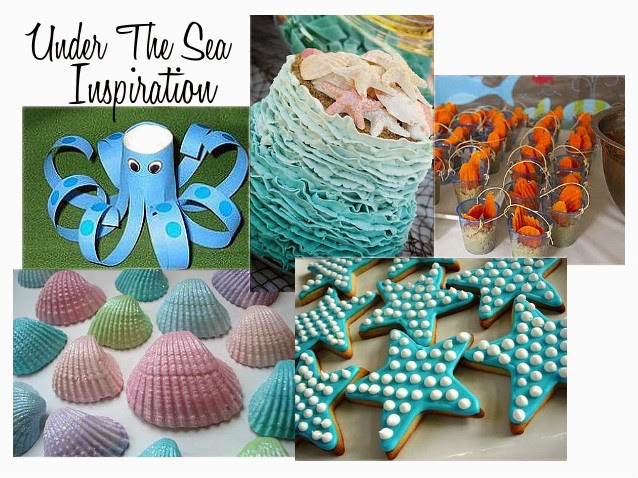 Here is the recap of B’s Party in pictures & how I took the ideas & these inspirational images & turned them into reality for my magical 5 year old! 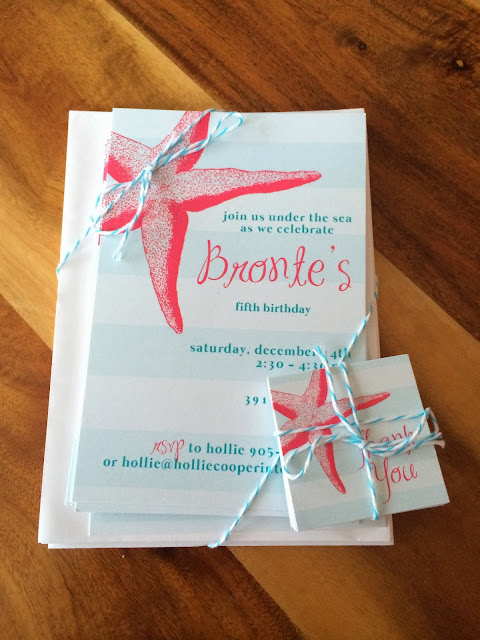 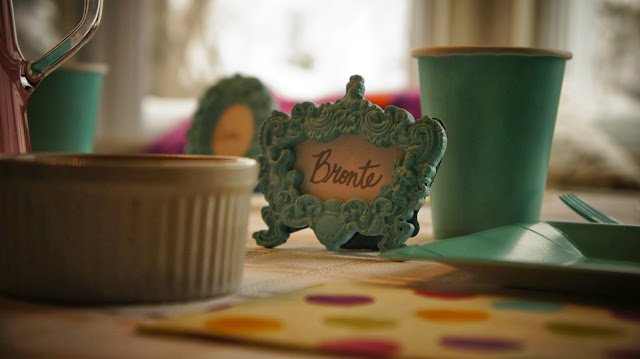 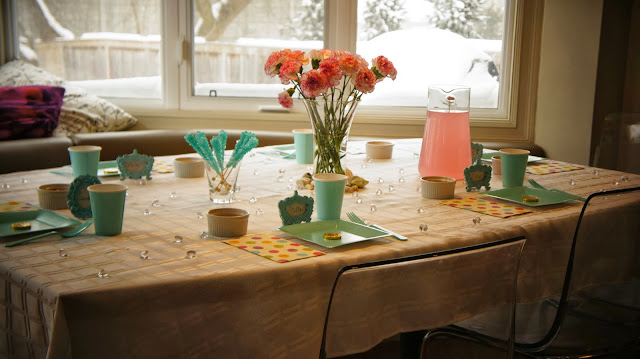 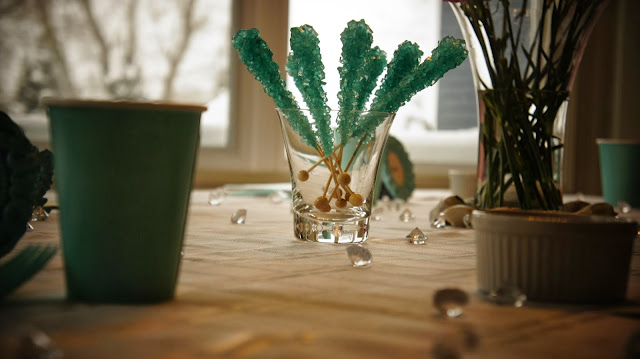 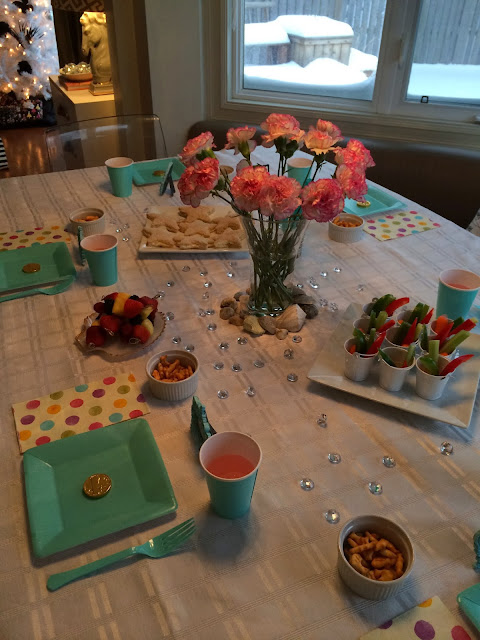 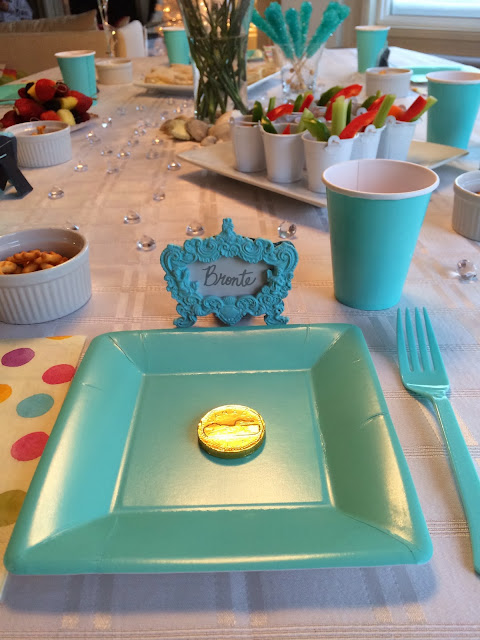 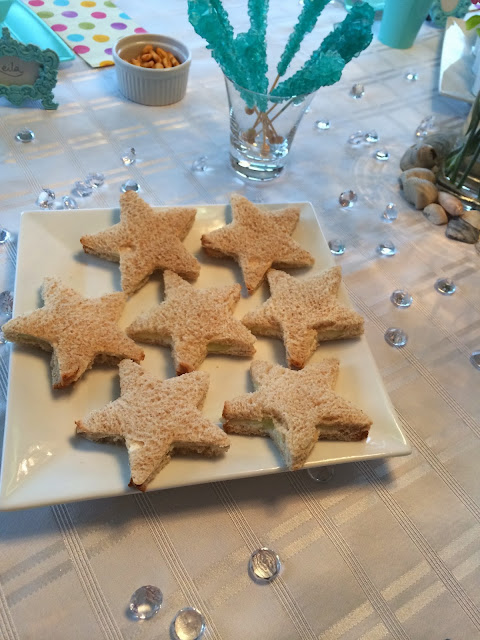 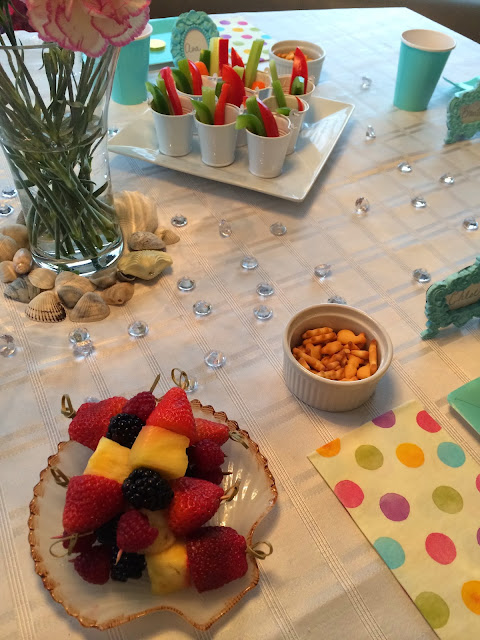 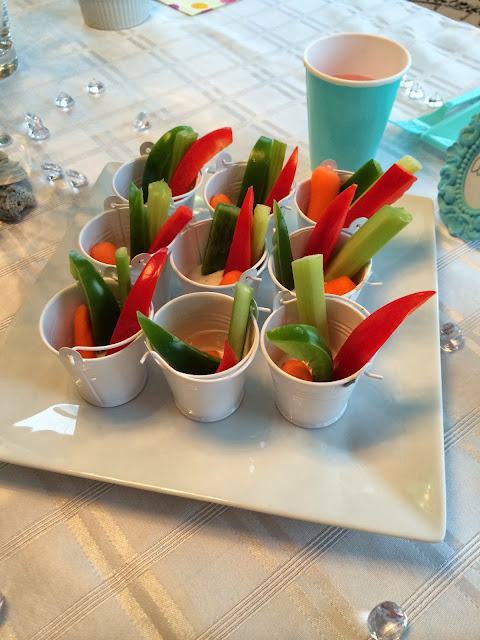 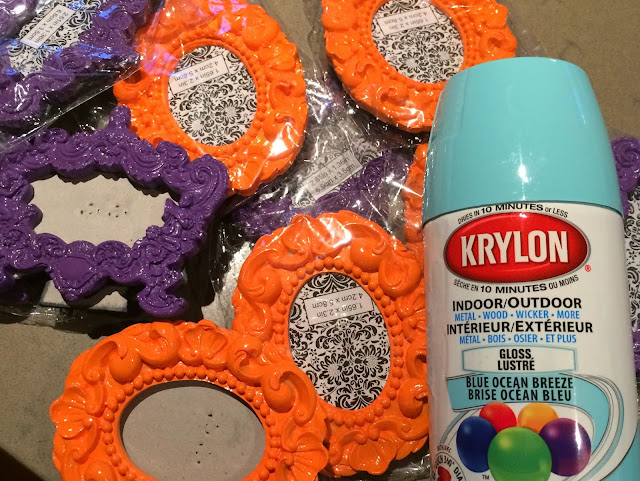 I also picked up some small picture frames, sprayed them in our sea foam colour & created name places. 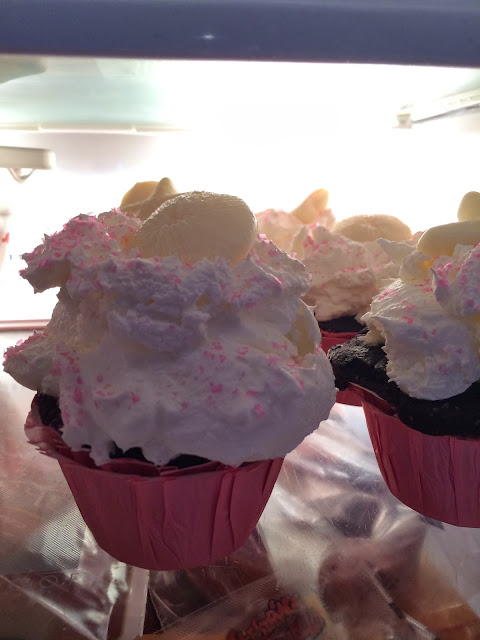 The dreams of the ombre cake was not to be (none of my cake making sources were available) so instead we make chocolate cupcakes & topped them off with lots of whipped cream, pink flakey sprinkles and some white chocolate shells & starfish. 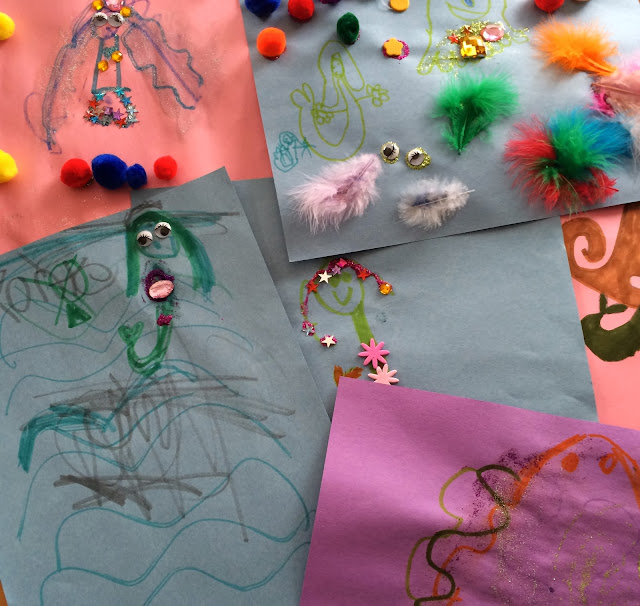 When it came time for the craft, the girls wanted nothing to do with the toilet paper roll octopus, so instead then drew & bedazzled under the sea mermaids pictures. 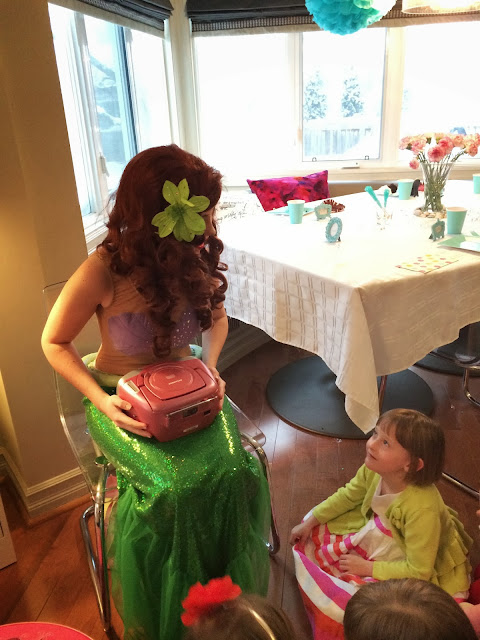 Being a total surprise to the girls, Ariel arrived!
I have never seen a group of kids so mesmerized. They played games, sang, danced, got their nails painted, had a little make up.
Then B was crowned an official princess! To top off a great party B told me it was her best party ever & she is already talking about what she would like to do next year!

I love putting together ideas, menus & decor ideas for a party, I’ve been thinking that I might need to add this to my repertoire. There is such satisfaction seeing it all come together.